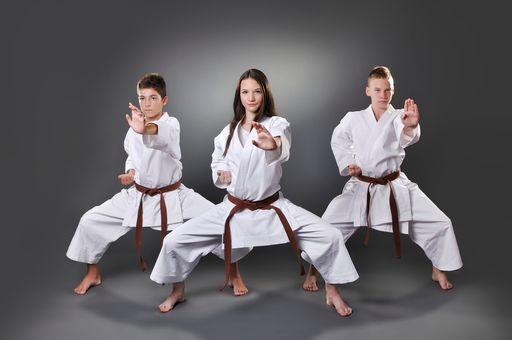 Martial arts can be seen by outsiders as an aggressive way of life. However, this is far from the truth. Karate is a discipline that boosts a number of good aspects of a disciple’s lifestyle and keeps him or her stable, both – mentally and physically. Moreover, the fact that a person burns a lot of calories during a single karate workout means that it can prove to be a very effective weight-loss program as well.

Karate has come a long way from its origin as a martial art. It is now widely practiced and learnt by people all over the world. People practice it because it provides several health benefits in addition to being a martial art.

Although karate originated as a form of self-defense and attack, more and more people are becoming aware of the self-control boosting properties of the discipline. There is significant focus on developing the body and mind to work in perfect harmony. Endurance, general physical fitness and conditioning are the hallmarks of this martial art.

Stress management is a very important aspect because of the fact that being relaxed and calm is central to the ability of learning various techniques. Martial Arts can teach the art of patience and mind control to a person. Long practice of karate has the potential to train the mind to focus more. Martial Arts has helped many in strengthening their memory, managing their stress and making them more calm and determined as a person.

Karate for cardio and stretching 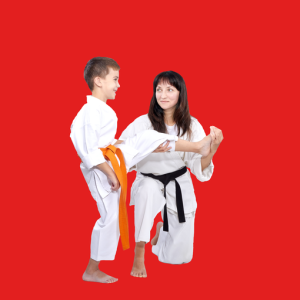 One prominent aspect when compared to most other forms of martial arts that you are likely to notice is the fact that pushing or extending movements tend to be much more common than pulling or contractive movements. It promotes whole body movement in order to ensure that the body is in synchronization when it needs to perform the art.

Calisthenics is a very important aspect of karate when it comes to both, cardio and stretching areas of the martial art. Individuals practicing will experience increased oxygen intake as well as energy levels and a feeling of being significantly rejuvenated. The workout is guaranteed to work up sweat with there being sudden changes in pace of the workout that help further develop the anaerobic aspects of the body.

Martial Arts is a great cardio exercise, meaning that it is great for the health of the heart and blood circulation in general. It is especially useful for people who are old and unable to go to gym or exercise regularly. It greatly helps in weight reduction and in improving fitness of its practitioners.

The stretching movements help to strengthen the muscles of arms and legs. It is a great way to train the body to become stronger and more flexible.

Martial Arts for self defense 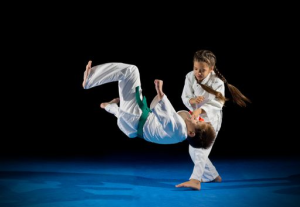 Originally developed as a form of self – defense, Karate is a very useful tool to possess in the event you find yourself in a vicious, unprovoked attack. You learn to use the aggressors own weaknesses against him. It is because of this that karate teaches you to remain calm and collected. People that are filled purely with anger or rage during an altercation have their judgment clouded. Students tend to be able to see their opponent’s weakness as a result of their ability to remain calm.  Another aspect of martial arts is the fact that there is a lot of focus on reducing the impact that your opponent’s attacks will have on you.

Few workouts pack in the same range of health benefits as cardio exercises. As the name suggests, cardio training, short for cardiovascular training, improves the health of the heart and reduces risk of associated heart diseases. However, what the name does not suggest is that cardio training also makes –

Did you notice the stress on the word “feel”? It was emphasized on purpose. Cardio training helps you feel good instantly and feel good in the future. It is suggested to patients suffering from depression and anxiety because it provides instant, albeit temporary relief. Similarly, improved sleep adds to the feel- good feeling you have when you wake up the first thing in the morning.

Cardio training actually alters the hormonal profile of your body in beneficial ways. The feel-good hormones temporarily reduce fatigue and also curb appetite, apart from making you feel less anxious or depressed. In fact, people who train in cardio regularly have a much positive outlook on life overall and lead better quality of lives. Of course, the physical health benefits also translate into a good feeling in the future, when you grow older without the risk of diabetes, some cancers, or weak and brittle bones.

While martial arts are comprehensive forms of training alone, you can increase the benefits multiple- folds by combining martial arts training with cardio training. Begin with regular cardio exercises like running, swimming, biking, jumping rope, mountain climbing, bear crawling, and rowing to give your body the extra push it needs. Mountain climbing and swimming are, in fact, great cardiovascular exercises that allow you to have fun while working out. At a more advanced level, you can try various drills and sprints to build your cardiovascular endurance.