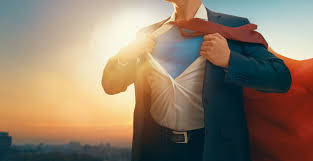 One cold and rainy day, Tiger’s mom was driving him to the dojo, when traffic came to a
standstill. There was an accident up ahead. After a while, traffic started moving again and Tiger and his mom passed the scene. Two cars were off to the side of the road and the drivers were talking to each other. No one was hurt but one of the drivers seemed to be upset. The other driver was on her cell phone. Tiger and his mom passed by and then speed up. When they arrived at the dojo the class had already started.

Tiger knew that because he was late, he would have to follow a specific set of procedures. He’d been told that this was to prevent unneeded disruptions to the class. Concentration was important in karate, and if students were allowed to walk in and out of class whenever they wanted to, it would be difficult for the other students to stay focused.

He checked in, put his shoes and jackets in their places, found a spot off to the side, sat
down in seiza, and began to meditate. The warm-ups were still going on, so he bowed and took his place on the floor.

Sensei explained that we develop integrity when we defend ourselves, because to succeed
we must make a super-human effort. An ordinary effort will not be enough. We have to go above and beyond. And when we do, we are using our mind, body, and spirit as one. We are whole and complete.

Being honest can also require a super-human effort, Sensei went on to explain. In many
cases it might be a lot easier to lie, but don’t do that. Lying will only come back to hurt you. As hard as it might be to tell the truth, it is much easier to do so up front than to pay the price for lying later.

“There is a super human in all of us,” Sensei said in summary. “You will find this quality when you exercise your integrity and integrate your mind, body, and spirit.”