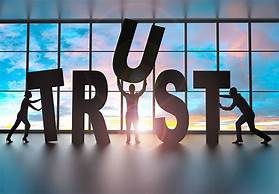 After arriving at the dojo, Tiger found a place to sit and waited patiently for the class to start. He was excited about what he had learned since his recent promotion, but he restrained his exuberance enough to focus. Yesterday, Sensei had complimented him on the progress he had made with his kata, Heian Sandan. Tiger thought he was getting better, but until Sensei’s words, he didn’t know for sure. Now he felt confident and determined.

Wendy called for the class to line up. Tiger checked his gi once more. He wanted to set a
good example to his classmates. He remembered Sensei saying that leaders needed to set the example for those who followed them. Tiger bowed as he walked out on the mat and lined up with the other orange belts. His teammate Greg, who was standing next to him, was talking to the student on his other side. Tiger nudged Greg with his elbow and looked at him to remind him to stop talking. Tiger knew that standing quietly is a sign of respect to Sensei, the dojo, and the other students. Greg stopped talking, faced the front, put his heels together, toes open, arms by his sides, and didn’t move. Wendy gave the seiza command and the opening ceremony started.

After a few minutes, Sensei asked for everyone’s attention. Being the Class Leader,
Wendy was watching the class and noticed that two of the team members were still talking, so she walked towards them and, with a wave, got their attention and pointed to Sensei. They figured out what she was telling them and quieted down.

Sensei directed the class’ attention to Tiger’s team and asked them to tell everyone what
they had just talked about. Greg began to speak, “Trust means to know that you can count on someone to do what they say they are going to do. As Shoka Leaders we are being trained to solve big problems. And to solve these problems, we will have to work together. We have to know that others are depending on us, that the success of the whole project is depending on us, and that we are only as strong as our weakest member.”

“Thank you, Greg. That was very good.”

Sensei continued, “Trust is having faith in someone or something. It is having confidence
that the right thing will happen without trying to control it or make it happen. A trustworthy friend is dependable and responsible. It means that you can count on him to do what he says he will do. This is a crucial trait for a Black Belt Shoka Leader, because followers need to trust their leader.

“Trust is also like building a tower. It takes a lot of work stacking up the blocks to make
it tall, but take one away and it could come crashing down. You earn people’s trust over time but lose it in a flash.” Sensei paused to let his words sink in.

“And trust is the firm reliance on or belief in the integrity, ability, or character of a person
or thing. Trust is also important in our daily lives. When you get sick, you can depend on your doctor to her best to make you well. Trust is what you feel when you tell a secret to your best friend and you know he will keep it a secret if you ask him to. Trust is a small word, which can make a big difference—whether or not you have a successful team or friendship. To fully understand trust, you must practice it every day in the dojo, at home, and in school.”

“Your Class Leader, Wendy, is now going to tell you story. It’s called ‘The Boy Who
Cried Wolf’ and is one of Aesop’s Fables.”

Wendy stood up and walked over to the front of the room. She stood proudly in front of
the class. She had known in advance that she was to do this, so she was well prepared to tell the story.

As soon as Wendy had finished, Sensei asked the teams to discuss what the story meant
to them. When Sensei asked for a volunteer from one of the teams to talk about what they had discussed, Tiger raised his hand and was called on.

“We said that trust is the strong belief in the integrity of a person or thing,” Tiger noted.
“It is the confidence you have in someone to fulfill a task or the faith that something will do what you need it to do.”

Sensei told Wendy to have the class spread out to begin training. She told the students to
do this, and made sure that they were evenly apart. Sensei began the class by having the teams do a combination that he had prepared. They did it first at slow speed to adjust their form. Then they did it at medium speed to find the proper timing and rhythm. Finally they did it at full speed to simulate actual combat.

After working on the combination for twenty minutes, Sensei had the teams work
independently on Heian Shodan, the first kata. Tiger was the leader of the Hornets, and Greg and Stacy were members. Tiger was happy for this opportunity, as he remembered that one of the requirements for the Assistant Class Leader rank is to teach a new student the kata, Heian Shodan. Stacy was new to Shotokan Karate Leadership Schools and didn’t really know the kata yet. Tiger knew it well and was confident that he could help his teammate improve. As they begin, he noticed that on the first movement, Stacy was stepping her right leg out to the right, instead of her left leg out to the left. Tiger pointed this out to her, and she told him someone else had said that the right leg moves first. He nodded, knowing that this could have happened. Stacy started to make the correction, but it took several repetitions before she got it right. Stacy was confident that Tiger would continue to help her get better. Greg was doing well, too, and Tiger complimented him on his stances, telling him that they were long, low, and strong—just the way they need to be. Tiger was happy to see his team improving. Sensei glanced over and noticed how well they were doing and that Tiger really cared about his team.

When kata practice ended, Wendy led the students through the conditioning exercises
that were designed to strengthen all the major muscle groups, and then she proceeded with the closing ceremony. Class ended with Tiger feeling really good about his progress.

On his way home, Tiger talked to his mom about what they did and how well his team
performed. He told her that he really enjoyed leading his team. His mom smiled inside, knowing her son would be a fine leader someday! Tiger was exhausted and ready for bed. He thought about the boy who cried wolf and then took the Book of the Empty Mind out from under his bed. It had been a long day, but Tiger turned the page, closed his eyes, and resumed his journey.