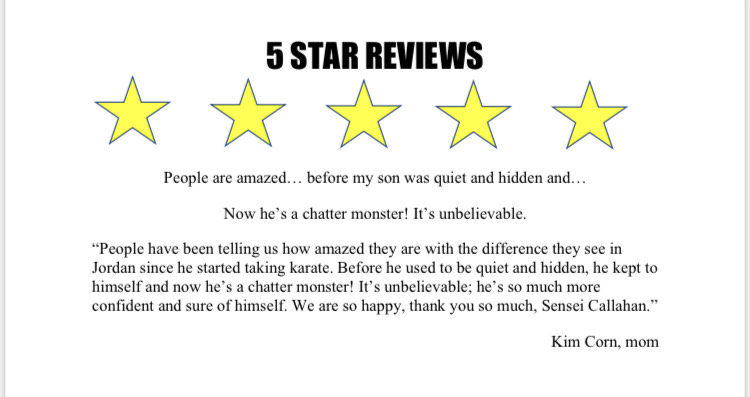 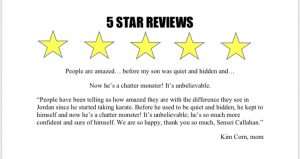 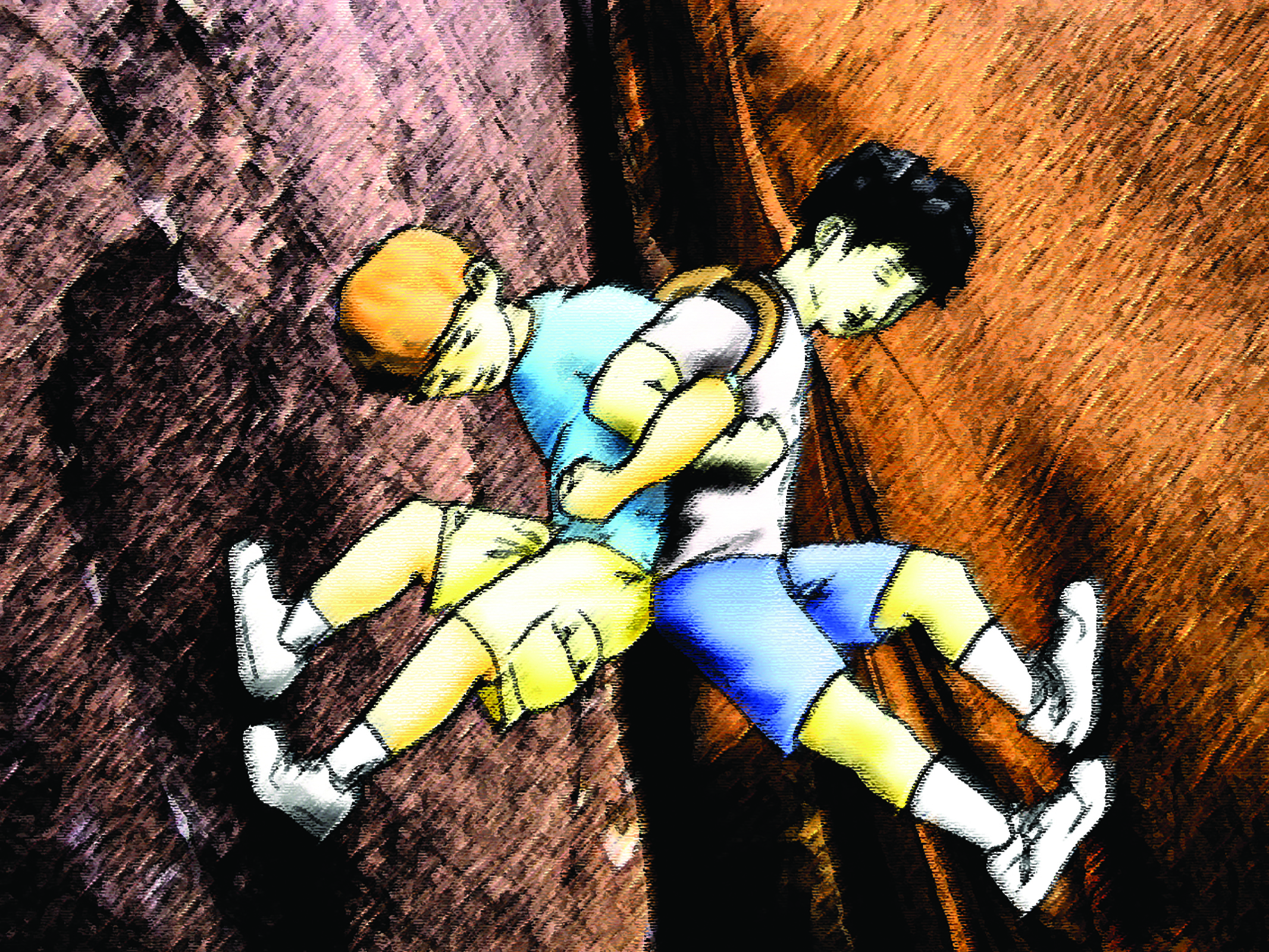 Tiger looked gloomy. He and Blake had been walking for days since they had crossed the
Bridge of Responsibility. The road had led through the valley but then began climbing upwards as the valley narrowed. The road became a rocky trail as the walls closed in upon them. Is this trail a dead end? He wondered. As he looked at the map, it seemed that this was the right way, but he wasn’t really sure. While resting, Tiger looked up at the rock walls of the slot canyon that loomed above them. The sky appeared to be just a thin strip of blue sandwiched between the two tall vertical walls. He wondered what was above, and where the trail led them.

They continued their journey with Blake in the lead. As the trail twisted to the left, Blake
came to a sudden stop. Tiger walked right into him. Blake exclaimed, “The trail has hit a dead end.” Sure enough, as Tiger could now very plainly see for himself, they were surrounded by rock walls on three sides.

Tiger could feel himself becoming disheartened and knew that this was not good. Sensei
had said dozens of times that self-control meant control of the mind, body, and spirit and Tiger knew that he was losing his spirit and had to get it back.

He remembered Sensei telling the class that spirit was directly connected to breath. And
to control your breath meant to control your spirit. With this thought, Tiger slowly drew in a breath and even more slowly exhaled. After doing this three times, Tiger was ready to take on this new challenge.

Blake had been examining the canyon, trying to find a way out. The walls were about six
feet apart and smooth with only a few handholds. This was too far apart for one person to climb, and he could barely see the top. There was nothing to tie the rope on either.

Tiger looked at their situation and remembered a demonstration he had seen. He said to
Blake, “Once I saw two people climb two trees next to each other that were about this same distance apart. They did it by turning back to back, hooking their arms together, and then using their feet to walk up the trunks. It was amazing. Before anyone knew it, they were at the top. I think we could do the same thing.”

“I don’t know, Tiger, I’ve never done anything like that before!”

Tiger replied, “We can do it, Blake,” and looked straight at Blake, who could see Tiger’s
determination.

“Tell me again how it will work.”

“First,” said Tiger, “it will take a high degree of cooperation. We will have to communicate with each other, verbally and non-verbally, about every move we’re going to make. If we work against each other, we’ll both fall.”

Blake considered this and then said, “We’re a pretty good team, Tiger. I feel confident that we can do this.”

The two boys thought more about how they were going to do this climb and then
practiced a few times to see how it felt. At first it was very awkward, but by shifting their weight around and trying a few different leg positions, they were able to “walk” up the walls together. They had to synchronize their movements with each other and communicate clearly what they were about to do. Neither boy could see the other, so they had to move slowly and feel what the other was doing through their backs. They also continually reminded each other of what to do and what to avoid.

After practicing and talking about the plan, Blake tied one end of their rope to their
backpacks and the other end around his waist. That way, when they got to the top, they could hoist their packs up.

They both felt good about their plan and were ready to go. They turned back to back so
that each of them was facing a wall. They interlocked their arms together and made sure they were snug.

Tiger said to Blake, “Okay, now put your right foot on the wall and lean against me.”

With that they started walking up the wall. It was difficult in the beginning, but they soon
got the hang of it. Inch by inch, they made their way toward the top, being careful to stay
focused.

Tiger was getting very tired; his legs were screaming in pain. He told Blake that he had to
stop. Blake was relieved, because he was hurting, too. They rested for a moment by pushing their heels into the wall, which took the weight off their calves and relieved their muscles enough for them to regain strength for the final climb.

As they started the last push to the top, Blake’s foot slipped, but Tiger stayed steady; Blake caught himself and stopped.

“That was scary,” said Blake.

They rested again. Tiger knew they would have to push themselves beyond what they thought they could.

“We’ve got to do a better job of coordinating our effort,” Tiger said. “It will make it easier on both of us.”

Blake agreed, and they decided that Blake would count to three, and then they would both move their right leg up. Because they were back to back, this would balance their movements better than if one of them moved his right leg and the other his left.

The plan worked. Onward they went, getting nearer to their goal with each step.

As they approached the top, the canyon walls grew closer, which made it more difficult. Their knees were pressing into their chests, when they found a small ledge just below the top.

Tiger said to Blake, “Okay, I think I can grab the ledge and get on top of it. Do you have
anything to grab a hold of on your side?”

Near Blake was a small tree growing out of the wall, its roots firmly embedded in a
crack.

Blake told Tiger, “Yes, there is a tree I could grab onto, but we have to go sideways a few feet. Can you still reach your ledge if we go to your right?”

Slowly they worked their way over towards the trunk of the tree. When they were close enough for Blake to grab hold of the roots he said, “Here we are!”

Tiger said, “Good. Now we need to unhook our arms but we must keep our backs together. When I say ‘go’ we’ll push off of each other. You grab the tree and I’ll grab the ledge. Do you think you can?”

They each took a deep breath.

Then Tiger counted out, “One . . . two . . . three!” Blake lunged for the tree and caught it easily. Tiger reached for the ledge just as his foot slipped off the wall. His left hand caught the lip giving him barely enough time to grab the ledge with his other hand.

He did not have the arm strength to muscle over the top, but his foot found a small crack where he could take some of the weight off his arms.

He rested a moment and gathered his wits.

Glancing back, he saw Blake scrambling over the top.

Seeing him gave Tiger a final burst of energy. He pulled up on his arms while throwing his leg upwards, caught the ledge with his foot, and hauled himself onto the top.

Tiger collapsed with exhaustion and lay on the ground breathing heavily, but with a big smile on his face. “We did it!” he shouted without getting up. “We did it,” he repeated.

“Well, when you’re done taking it easy,” Blake joked, “you can help me pull up our
packs.”

Tiger chuckled and hopped to his feet. “Yes, sir.” He said with a grin.

Once their packs were up, they looked at the map and the word COOPERATION and an
image of two students stretching each other appeared. The students were standing side-by-side in side-stance grasping each other’s hands – one over their heads and one down by their sides – and pulling against each other.

Marty Callahan has spent his life understanding and improving the lives of students both young and old. His passion led to the founding of Shotokan Karate Leadership School in Santa Rosa, CA in 1981 with a dream to awaken the extraordinary leader in his students. Having inspired, taught, coached, supported and trained over 15, 000 classes in Santa Rosa, Marty has become Sonoma County’s preeminent martial arts leadership instructor. His students, hundreds of whom have gone on to become leaders in their chosen fields, appreciate his engaging, student centered approach to teaching and they believe you will too. 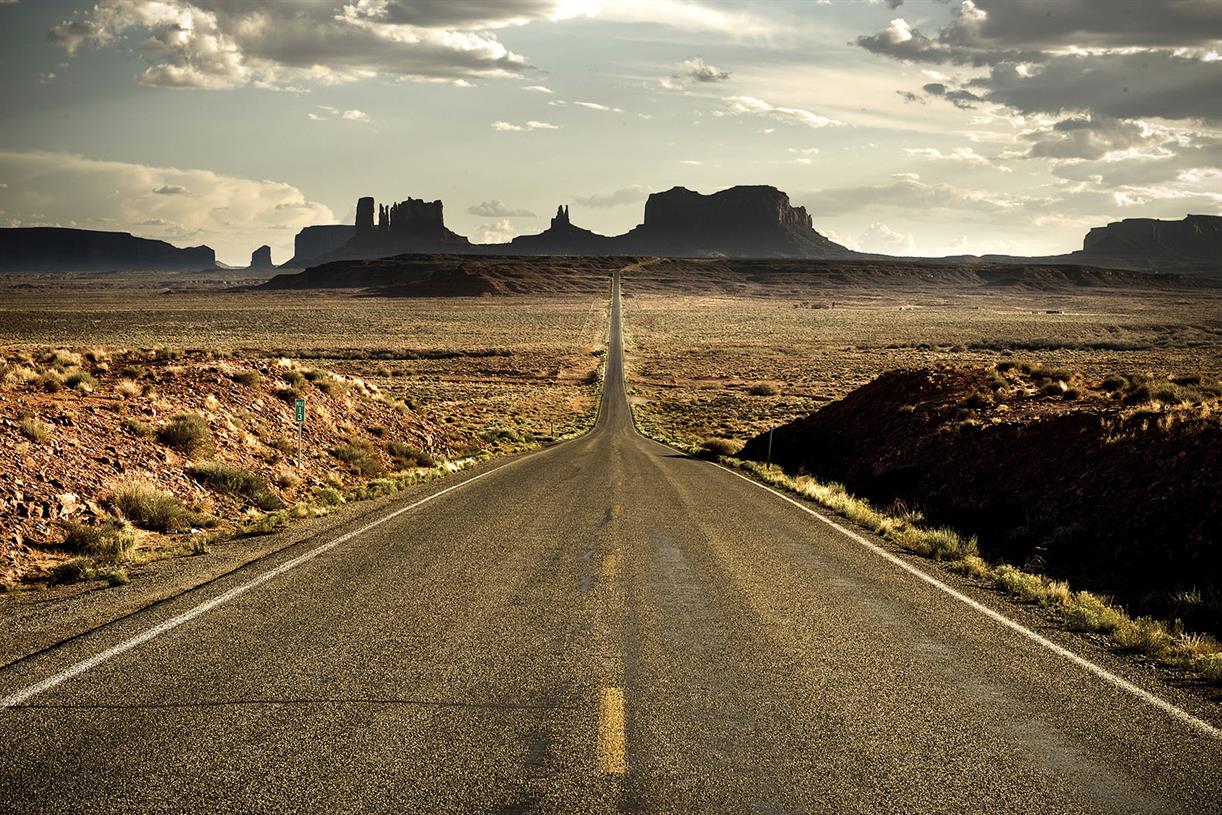 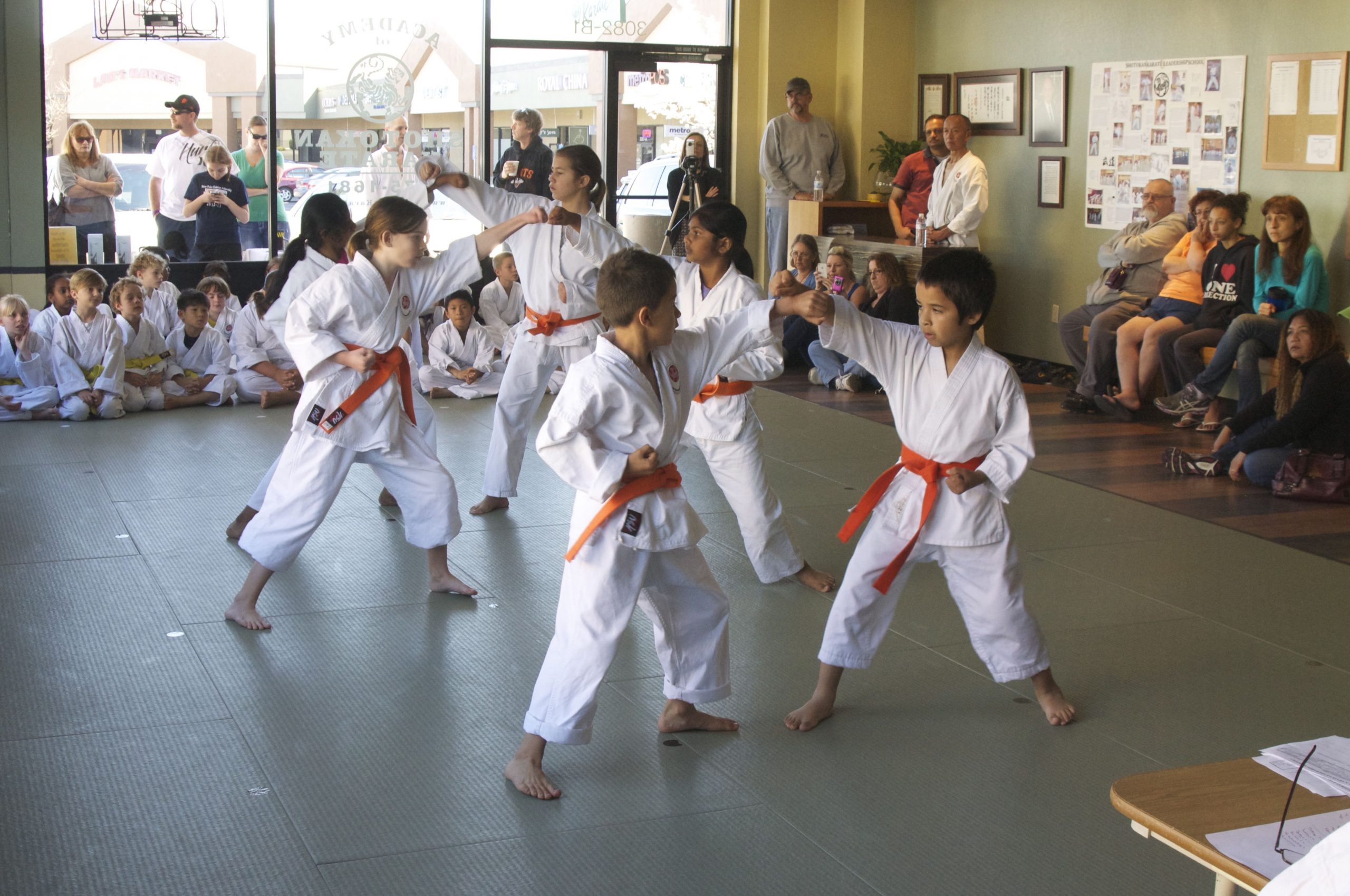 Dr. Greg Moody interviews 8th Degree Black Belt Sensei Marty Callahan. They discuss the similarities and differences between what puppies and kittens do to prepare themselves for the rigors of adult life and what children must do to prepare for adult life.