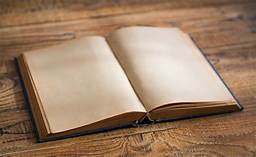 Tiger sat down at his desk and opened his Shoka Leader Handbook to the page that listed
the requirements for School Leader—Black Belt.

It had been four years since he started this great journey, and he was now within grasp of the rank that he had wanted for so long, that of Black Belt Shoka Leader. Tiger thought about the many lessons he had learned on his journey. The excitement he felt as he was approaching this goal was like a fire in his belly; it fueled his determination to achieve what he had worked hard for these many years.

Tiger took inventory of the work he had accomplished and the work he had left to do. He
had one last requirement to complete, and then he would hold the leadership rank of School Leader or Black Belt Shoka Leader.

Tiger had already completed many requirements.

First, he had been an Assistant School Leader I for three months.

Second, he mediated a dispute between two students. The dispute had arisen when two of the young Shoto Tigers had been practicing, and one of the students, Jimmy, accidentally hit Sadie when they were multi-step sparring. Tiger had sat the two students down and asked them to explain to each other how this made them feel. Sadie had said that it hurt and scared her. Jimmy said that he felt bad, because he didn’t mean to hit her, but because Sadie got mad, he got mad, too, instead of apologizing to her.

Tiger told them that sometimes people don’t do the right thing when they make a mistake, which will make things worse. He then asked Jimmy what he thought he should do. Jimmy said that he was sorry and that he liked to practice with Sadie.

Tiger then asked Sadie what she should do now that Jimmy had apologized. Sadie said that her side still hurt. Tiger turned to Jimmy and told him that when you hurt somebody you
have to apologize and make sure that the person is all right. The three of them waited a few
minutes; when the pain went away, Sadie said that she was all right. Then she asked Jimmy not to do that again. Jimmy repeated that he was sorry and Sadie said, “Okay.”

The fourth requirement was to present himself impeccably dressed in his uniform to the
School Leader. Tiger took great pride in his uniform. He had a special place in his closet where it hung so that it would be wrinkle free and ready for him to put on when he went to class. He made sure to keep it ready to wear.

Requirement number five was to prepare a lesson plan and lead a group of three teams in
learning the material. He had finished this requirement a couple of months ago and had it signed off by Rachel, the current School Leader. He enjoyed teaching and looked forward to more chances to teach his fellow students. He felt really good when he saw the students he had taught perform well.

The sixth requirement that Tiger had completed was describing his leadership style to the
School Leader. He had determined what his leadership style was from reading the Book of Five Rings by Miyamoto Musashi. In it, Musashi explained ground, fire, water, air, and the void and their relation to leadership. A person who is grounded will proceed in a step-by-step manner. A person who possesses the fire element will rush in, determined to get things done. The person who is of the water element will lead by going with the flow. The person who leads from the air element will analyze the circumstances until he is absolutely certain and then create a detailed plan of action. And finally, the ultimate leadership style is shown by the person who is in the void. This person can adapt his leadership style to the situation he’s in and move freely from ground, fire, water, and air. Tiger saw his own style as being mostly ground with some water  element. He felt that most of the time, he wanted to have all his ducks in a row before proceeding. But he also knew that he wanted input from everyone and would decide which way to go after hearing from everyone.

The seventh requirement was to review again his long-term Shotokan Karate Leadership Goals with the School Leader. He knew that these reviews played a big part in getting him to
where he was now, within one step of becoming a Black Belt Shoka Leader.

For the eighth requirement Tiger had to show his School leader that he could tell a story and then lead a discussion about what it meant. The story he told was about what it meant to be a citizen in the United States. Tiger had memorized the preamble to the constitution: “We the People of the United States, in Order to form a more perfect Union, establish Justice, insure domestic Tranquility, provide for the common defense, promote the general Welfare, and secure the Blessings of Liberty to ourselves and our Posterity, do ordain and establish this Constitution for the United States of America.” The discussion centered on Justice, Tranquility, and Liberty. Afterwards the students walked taller and spoke excitedly with their parents as they left the school.

The ninth requirement was to show the Black Belt Shoka Leadership Trait of creativity by creating a solution to a persistent problem in the school. The Young Tigers, who ranged in age from four to eight, would often get out of hand when they played one of the leadership
games, and it was becoming difficult to quiet them down and go back to training. This was the problem that Tiger wanted to solve, and he knew that he’d have to be creative to do it. He also knew that he had to confer with Sensei on this, because there was a lot that he didn’t understand about how to teach.

Ten, Tiger needed to describe a dream he had to make the world a better place. This was big. Tiger had never thought that he could do anything to make the world a better place, but here he was being required to do it to become a Black Belt Shoka Leader. It must be possible, otherwise why would it be a requirement? he thought. Then he remembered that part of the definition of being a Black Belt Shoka Leader was to see a problem, become passionate about solving it, and then become the leader that the solution to the problem demanded. That was the answer: become a greater person.

He’d read many stories about humble people who took action to solve problems that no one else was solving. And if they could do it, then he could do it too. And he knew that he was
far more likely to succeed because of the leadership training he was receiving at Shotokan Karate Leadership Schools. Tiger remembered a quote from Masatoshi Nakayama: “Deciding who is the winner, and who is the loser is not the ultimate objective. Karate-do [the way of the empty hand] is a martial art for the development of character through training, so that the karate-ka [karate student] can surmount any obstacle, tangible or intangible.” Tiger believed this and knew that his karate training was the foundation for him to make the world a better place.

The eleventh requirement was to lead a discussion about one of the Twelve Traits of a Black Belt Shoka Leader. Tiger had always been annoyed by the rude behavior of kids and knew
that courtesy was his favorite principle. He felt confident about being able to discuss this with the students in class. He would start the discussion by reminding students that good manners were your first line of self-defense, and that good manners made friends and bad manners created enemies. Sensei had discussed this in class many times, and Tiger agreed wholeheartedly. To him it was easy to see that it was much better to live your life making friends with good manners, rather than creating enemies with bad ones.

For the twelfth requirement Tiger had to tell the story of Shotokan Karate Leadership Schools to a group of ten or more people who were not members of the school. Tiger was
learning about public speaking at school and thought that this would be a good tie-in. So he
decided to talk to his teacher about giving him twenty minutes to tell the Story of SKLS to his class.

The thirteenth, fourteenth, and fifteenth requirements were to help Tiger prepare for his
Instructional Board Review. Prior to appearing before the Instructional Board, Tiger had to show the School Leader that he could perform the basics, sparring, and kata that were required for his final test.

The last requirement, which Tiger had not yet completed, was to perform the basics, sparring, and kata at the Instructional Board Review. This would be the culmination of all his hard work. He knew that he would have to keep in mind the Niju Kun that stated: “Do not clingto the idea of winning; it is the idea of not losing that is necessary.” Sensei had said that this applied to success in anything. If you focus on making sure that you don’t fail, then what is left is to succeed. Sensei used the example of facing eight opponents. You don’t have to defeat them; you just have to not be defeated by them. This was a different way of thinking about life that Tiger found intriguing.

Tiger sat down on the comfortable chair he had in his room and leaned back. He had been
working all day and needed a moment to rest. As he sat there, he gazed around his room and stopped when he saw the Book of the Empty Mind sitting on his book shelf. He got up and walked over to the shelf and retrieved the heavy volume. He sat on the edge of his bed and ran his fingers across the old leather cover. He smiled and opened the book.

Marty Callahan has spent his life understanding and improving the lives of students both young and old. His passion led to the founding of Shotokan Karate Leadership School in Santa Rosa, CA in 1981 with a dream to awaken the extraordinary leader in his students. Having inspired, taught, coached, supported, and trained over 15,000 students in 40,000 classes in Santa Rosa, Marty has become Sonoma County’s preeminent martial arts leadership instructor. His students, hundreds of whom have gone on to become leaders in their chosen fields, appreciate his engaging, student centered approach to teaching and they believe you will, too.